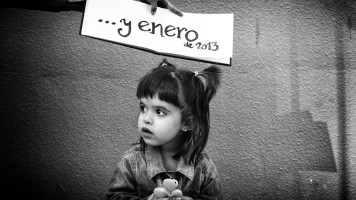 Fanfara Transilvania is a fantastic and more appreciated Balkan-Gypsy-Brass band from Romania,Transilvania is historical region of “Dracula”.
Somewhere in the foothills of Dealul Cetatii (Stronghold Hill), located in the Carpathian Mountains there is a town called Cugir. Next to an old arms factory, close to the ancient Dacian fortress known as Sigidava.
There is the point on the map where the traditional gypsy brass band Fanfara Transilvania sprung into life sometime in 2008.The group is made up of 10 musicians; members include brothers and cousins,godparents and godfathers who transmit their passion for tradition and community values from father to son thus preserving their rich musical heritage.
These traditions have been kept alive for centuries and Fanfara Transilvania play something peculiar for this old province: brass music combining the traditions of ancient gypsy music, executed at breathtaking speed (up to 200 beats per minute) with those of the Balkans, producing wonderful rhythmical tunes.

These ten people who make up Fanfara Transilvania are well accustomed with various musical styles and although most of them are barely able to read music they can play any tune after hearing it only once. They articulate the multi-facetted rhythms and harmonies of Romanian traditional dances with an impressive delivery that borders on perfection.
Fanfara Transilvania honors the tradition of their forerunners, blending in old and new, tradition and innovation and creating sounds that keep audiences asking for more.
Their tempo is breathtakingly fast, their beloved instruments dented and battered and their music gets you off your seat. The band can be
described as total entertainment: through their instruments the musicians enliven their public – their sound sets forth a unique energy flowing throughout the entire body!!!
Active in the Balkan music scene, Fanfara Transilvania performs at a variety of events, be it weddings, funerals, parties, festivals,concert, carnivals or community events. Music is their way of life, and there is a lot of travelling involved as the band provides its services in both Romania and abroad.Over the last 5 years, they have given more than 300 concerts
With shows already played in :
Greece,Spain, Germany,Austria ,Hungary, Czech Republic, Italy, Poland, France, Slovakia,Lithuania and Romania